Given that the Grants worked for the Trenches at various locations, I have put together this information on the Trenches various big houses. 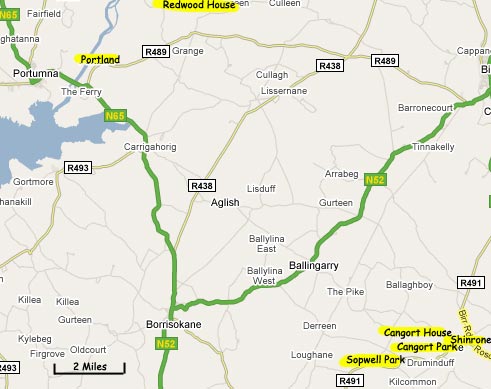 Cangort House, Cangort Park and Sopwell Hall are within a few miles of each other, just ourside Shinrone. Redwood House was owned by the Trenches in Lorrha, some 17 miles away. 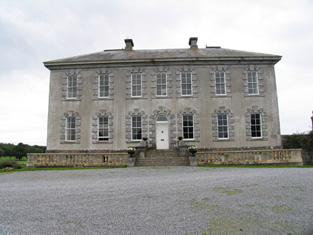 Sopwell Hall was built in the mid-eighteenth century by Colonel Francis Sadleir and the house has been attributed to Francis Bindon who had connections with the owner. Sopwell hall came into the possession of the Trench family in 1796 when Francis Sadlier's daughter Mary married Fredrick Trench. He was later Lord Ashtown. He left Sopwell to his younger brother Francis Trench, who lived here till his death in 1829. William Stuart Trench, son of Rev Trench dean of Kildare and brother of 1st Lord Ashtown, was living in Sopwell Hall in 1840. He rented it from his cousin.

The roof and part of the interior of Sopwell Hall were remodelled in 1866-68 and extensive outbuildings added. Constructed of fine quality materials, with crisp cut limestone details of particular note, the building is well maintained and in good condition after many years of restoration work carried out by the present owners. Located on extensive landscaped grounds which incorporate a seventeenth-century fortified house, two gate lodges, cut stone outbuildings and a walled garden.

Various Trenches owned and lived in Sopwell Hall untill 1986, when it was sold outside the family. 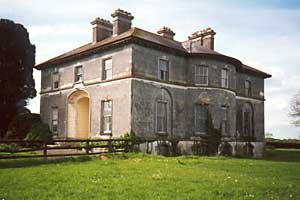 An elegant two storey house, built for William Trench, brother of the first Lord Ashtown of Sopwell. It was designed by Richard Morrison and completed 1807. It has an extraordinary entrance and the interior is ingeniously planned with domed lobbies and bowed rooms. (Not to be confused with the adjacent estate called Cangort which was was owned by the Atkinson family ) The tenant system relied upon a large number of tenant farmers supporting each grand house, the Grants were amongst this band. Cangort Park had 300 acres and Cangort had 500 acres. The estate included a large fruit orchard, massive barns and rich gently rolling farm land. Cangort was broken up into small farms by the Land Reforms ca.1922. 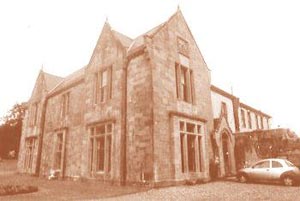 Cangort has been the seat of the Atkinsons (related to the Trenches through marriage) since the time of James I. Cangort Castle, was destroyed by Cromwellian forces in the seventeenth century. The present appearance of the house dates to a nineteenth-century remodeling of an earlier eighteenth-century house, an elevation of which survives to the rear of the present structure and retains distinctly eighteenth-century round-headed windows. Is an important building with a sightly ungainly exterior almost identical to Bellair. Internally it is very finely planned and has a well finished interior. The farm buildings include a range of stables and a huge barn.

Anthony Atkinson, of Cangort, married, 1709, Mary Guy, and died in 1743, leaving numerous issue. His eldest son having died in his lifetime, he was succeeded by Guy, the second, but he , being a beneficed clergyman in the North of Ireland, Cangort was long occupied by Charles, a younger son, who acted as agent for his brother. This Charles was ancestor of the branch now settled at Ashley Park, Co. Tipperary. Lewis 1837 records "Cangort, the residence of G. Atkinson, Esq., a handsome mansion erected on the site of the ancient castle;"

It has been difficult to find out about this estate, but it was in Dorrha Parish (where Stephen's son Richard was born). Dáil Éireann Proceedings - 19 May, 1965 states that the Trench Estate, Lorrha, County Tipperary was sold some little time ago to a person (name supplied) at a time when the Land Commission were contemplating the acquisition of this estate. The lands of Redwood containing some 338 acres were purchased by the person mentioned over 3 years ago, that is in February, 1962, at a time when acquisition proceedings by the Land Commission were not pending or contemplated. So the Trenches appeared to have owned land there. Griffiths records Henry Trench having land at Lorrha, Annagh and Bredagh. And I found a reference to Wm. Thomas Trench of Lorrha (family of Lord Ashtown of Woodlawn in Co. Galway) in 1880s on an auctioneeers site.